Brazil and the carbon markets 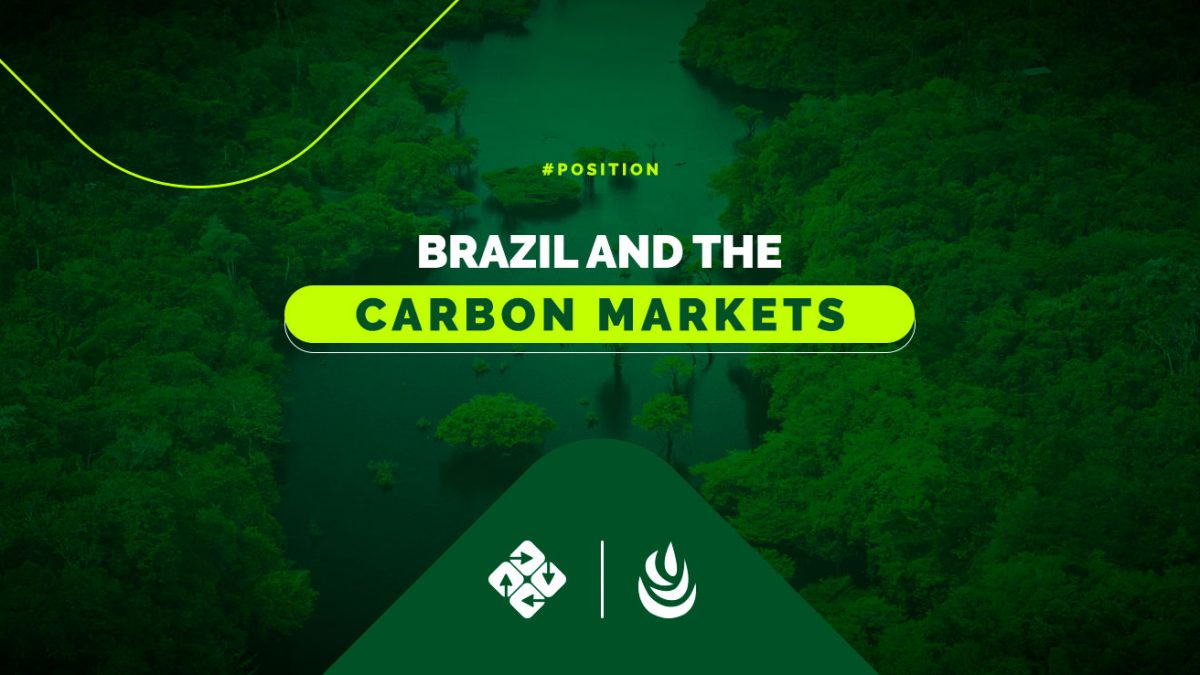 A new Federal decree puts Brazil on route to capture an important share of the voluntary carbon market that is expected to grow at least tenfold by 2030¹ and helps to understand the executive branch’s strategy of what may turn out to be a Brazilian ETS².

In a pompous event held at the Botanical Garden in Rio de Janeiro and attended by the President, his Ministers of Economy, Environment, Foreign Affairs, Mines and Energy, with the presidents of the Central Bank, Bank of Brazil, Petrobrás, as well as dozens of CEOs and entrepreneurs of companies linked to the energy sectors, agriculture and environmental markets, the Federal Government announced a series of measures to increase Brazilian competitiveness in businesses related to decarbonization and so-called Green Investments. Undoubtedly, the most important was Decree 11,075, which established procedures for sectoral agreements for greenhouse gas (GHG) mitigation, in addition to establishing the National System for Reducing Greenhouse Gas Emissions, entitled SINARE.

The legal basis of the decree dates back to 2009, when the National Climate Change Policy (PNMC, in Portuguese) was established by law. It is in the PNMC that the idea of sectoral agreements for GHG mitigation originates, targeting, for example, the energy, agriculture and transport sectors; it also introduced the concept of the Brazilian Market for Emission Reduction, a green and yellow ETS.

Unfortunately, after 13 years of the PNMC, we have not yet established sectoral plans and it was only until recently that we begun to see significant advances in the business environment for the development of voluntary carbon markets in Brazil, with the establishment of the Forest + Carbon Program (2020), and the National Payment Policy for Environmental Services (law 14,119) of 2021.

This pro-market direction is essential for Brazil to capture a share consistent with our competitive advantages, bringing here, via carbon markets, a necessary financing for a decarbonization route, especially in activities related to land use such as within agriculture and forest management.

This decree is only the long-awaited kick-start, as there is still a long regulatory path to address complex technical issues and legal gaps that still need to be clarified, such as the legal nature of the carbon credits, and adopted, such as the Socio-Environmental Safeguards for registration in the SINARE. Some market analysts and lawyers linked to the topic suggest that some of these gaps should be filled in the form of law, currently debated in Congress under law proposal 528/21³. Such complementary initiatives should be followed in parallel with other pricing mechanisms established by law, a fact widely recognized in Article 6 the Paris Agreement.

In any case, it is evident that the political signal of the path chosen by Brazil in relation to the financing of activities related to decarbonization, is one of more markets and less taxes. This approach is also in line with the recently published World Bank carbon pricing report, which shows that worldwide in 2021, the collected total via a carbon market was around US$ 56 billion, while in tax regimes the amount stood at US$ 28 billion. Emphasizing that in the case of markets, this is only the value of primary transactions (purchase of allowances4 + first sale in the voluntary market), that is, it does not include the secondary market that is estimated to be in the magnitude of US$ 754 billion.

What does the voluntary market have to do with all this?

The voluntary carbon market serves to increase the climate ambition of various actors, such as companies committed to Net Zero paths, while financing activities that are not yet financially viable, such as forest restoration and conservation. Numerous market analyses and reports5 indicate a growth between 15 and 20 times in the next 10 years. McKinsey estimates a market value of around $50 billion by 2030. Last year alone, more than 110 GHG sequestration and reduction initiatives funded by this market were launched only in  Verra’s Verified Carbon Standard (VCS).

Seeking a slice of this global funding cake is the obligation of any government that is seriously committed to sustainable development in Brazil. In this sense, instituting SINARE, observed by the need to define Social and Environmental Safeguards, represents a major advance and deserves to be celebrated. This mechanism has been a longstanding demand by project developers, including Biofílica. The expectation is that this central and digital registry will serve as a kind of “filter”, allowing only the registration of high integrity, socio-environmentally sound programs and projects, with real climatic benefits. This only strengthens the quality of “Made in Brazil” credits and makes us even more competitive to receive financing via carbon markets. Export.

It is also possible to imagine that within a five-year horizon, credits registered within the SINARE can access demand from regulated companies in Brazil that will need to achieve their sectoral goals. Domestic sale.

Biofílica Ambipar Environment is a pioneer in the voluntary market in Brazil and is currently preparing its international expansion. We have been closely following regulatory and methodological developments, both nationally and internationally, in carbon financing initiatives. It is part of our purpose to find nature-based solutions that can help different actors achieve their mitigation goals. Whether through sectoral agreements or internal goals, Biofílica remains available to advance the climate agenda together.

2Emissions Trading System. This carbon market model is the so-called regulated market, where credits are transacted only between regulated entities to comply with legislation.

3The law proposal 528/21 wants to establish a Brazilian Regulated Emissions Market (MRBE) that would effectively establish a cap-and-trade mechanism in Brazil. Currently, the rapporteur of the proposal, Carla Zambelli (PL /SP), has been working for the assessment in plenary of the proposal, which is awaiting a vote on its latest report presented on May 19, 2022.

4Also known as emission allowances, these are equivalent to a certificate provided to a regulated entity that allows them to emit 1 ton of carbon dioxide equivalent. Such assets are the ones traded in regulated carbon markets.